The following is a guest post by the legal experts at the Aircraft Owner and Pilots Association (AOPA.)

The FAA and NTSB each have different rules to ensure proper oversight of certain UAS operations, and different rules mean that some events may have to be reported to one agency but not the other.

For operations conducted under Part 107, a remote pilot is required to report an accident to the FAA within 10 days if the event meets the criteria of 14 CFR 107.9: Accident Reporting. The regulation requires reporting of any event involving: (1) serious injury to any person or any loss of consciousness; or (2) damage to property (other than the unmanned aircraft) unless “the cost of repair (including labor and materials) does not exceed $500, or the fair market value of the property does not exceed $500 in the event of a total loss.”

The report required for these Part 107 operations may be submitted through the appropriate FAA Regional Operations Center, online, or by telephone.  The report contains information such as: the remote PIC’s name, contact information and certificate number; the UAS registration number; location, date, and time of the accident; and a description of the event, including the extent of any injuries or property damage.

Also applicable to Part 107 operations are the NTSB rules, which require public and civil UAS operators to provide immediate notification to the nearest NTSB office in the event of an “unmanned aircraft accident” anytime between the time the UAS is activated with the intention of flight and the completion of the mission. Under the NTSB rules, an “unmanned aircraft accident” occurs when the operation of a UAS results in any person suffering death or serious injury, or the unmanned aircraft weighed at least 300 pounds and sustained substantial damage.

Significantly, neither the FAA nor the NTSB reporting requirements above apply to unmanned aircraft under 55 pounds that are flown for hobby or recreational use and otherwise meet the definition of model aircraft in Section 336 of the FAA Modernization and Reform Act of 2012. In a 2015 interpretation, the NTSB stated that it has “consistently excluded UAS flown for hobby and recreational use from [its accident rule] and has historically not investigated the rare occasions in which a model aircraft has caused serious injury or fatality.” 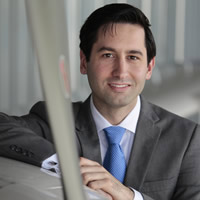 Jared Allen is an in-house attorney with AOPA’s Legal Services Plan and an instrument-rated private pilot, and has advised members on hobby/recreational UAS matters, Petitions for Exemption under Section 333, and the small UAS rules in Part 107.