In the fast-paced world of UAV start-ups, March Madness isn’t played out on the court. It’s happens high above the rim (but below 400 feet to avoid a technical FAA foul). Crowdfunded drone companies are like those glorious Cinderella NCAA teams. They may sport odd names and front off-the-wall plays, but this past month, crowdfunded UAV firms put on their collective game face to seek a prize every bit as valuable as a Final Four ticket: High-flying drone success. Here a few teams that entered the drawing for Big Game Drone status in March:

California start-up Applied Aeronautics tipped off their Kickstarter campaign with the Albatross – an 8-inch-wingspan, UAV airframe constructed of carbon fiber and honeycomb composite. The Albatross’ basic airframe is expected to retail for $650 – add-ons will include batteries, carrying case, gimbals, video links and a tablet ground station. The 9.7-inch tablet will boast an eight-core processor, 2 GB RAM, 16 GB of memory with SIM Card and SD card capability. The airframe will support Scorpion systems motor, Castle Creations battery-elimination circuit, 3D Robotic Pixhawk controller, 3DR’s telemetry unit and other add-on’s. The airframe is designed for search-and-rescue missions, pipeline inspection, photography/videography, thermal imaging, 3D terrain mapping and live video linking. The Albatross has already taken a generous lead in reaching its $30,000 goal with 16 backers pledging $25,502 in the first nine days of its 30 day campaign. Next stop, the championship circle, baby. 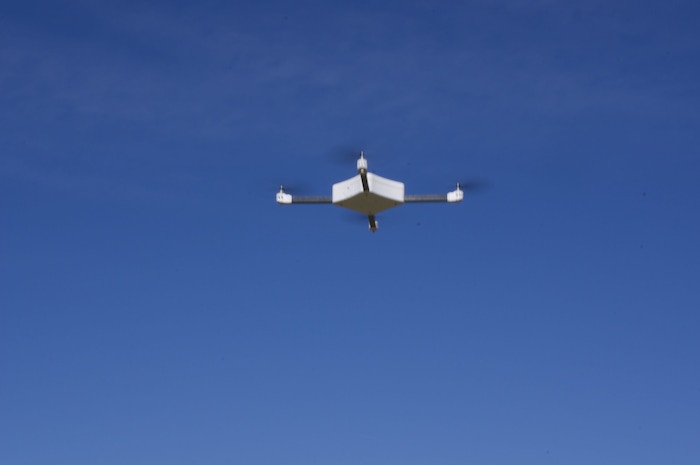 Ares Drones could be the team to beat after the Pennsylvania firm launched its namesake drone model on Kickstarter this month. With 45 backers pledging $13,354 of their ambitious $50,000 goal after only one week, Ares could finesse its way through the UAV brackets by offering a videography UAV that allows users to “draw” a flight path on an iPhone or iPad. Ares believes the best defense is a good offense, offering an app and flight system that “leaves the driving” to the UAV rather than subject to human mistakes. The flight system will not allow a user to draw and fly the drone through designated no-fly zones, which are marked in red circles on the app display. The drone will also not fly above the FAA-approved, 400-foot, no-fly zone so as to stay out of foul trouble. Ares is offering early-bird pricing for backers (29 investing $8,500 as of Friday) with a GoPro-ready model at $699 (no camera included), a $899 model with HD camera included and a 4k-camera equipped model for $1,199.

Win big or go home. That’s the philosophy of Indiegogo-fueled ELF and they’ve already won the tourney, collected the trophy and are on the bus. Their MVP, the VRdrone ELF connects to IOS or Android devices with Bluetooth and streams images or video to the device and, as an added bonus, produces a “3D” binocular, viewing mode by using a special cardboard device that can be viewed by an observer while the pilot operates the drone. The ELF uses an onboard 720p HD cam that transmits a real-time signal to a smartphone device while the pilot uses another smartphone to steer the drone.  As of March 31, the ELF had earned $70,797 in pledges, exceeding its game plan goal of $20,000 by 354 percent. Win big, indeed.

Panoptes believes that the key to victory is to stay nimble – avoid bumps and bashes. That’s why its Kickstarter campaign is putting the eBumper4 into the game. The drone equivalent of a point guard, the eBumper is the first commercially-available, sonar-based, small drone obstacle avoidance system for low-speed and indoor operations. In other words, the system keeps your drone in the paint and not in the stands. Available for 3DR Iris and DJI Phantom 2 UAV models, the eBumper4 is an add-on that deploys four sonar sensors, feeding a steady stream of information to the drone about its physical location relative to obstacles facing front, right, left and above. Panoptes – the name comes from the Greek word for “all-seeing” – is seeking a close partnership with users. The company collected feedback from beta testers to improve the prototype’s capability. And Panoptes is going to need a strong bench as it rounds the home stretch to the game buzzer. With only 10 days left in the campaign, the team sports a wide 95backers but amore narrow margin of $26,007 in pledges towards an $80,000 goal. Time for a full-court press, Panoptes. 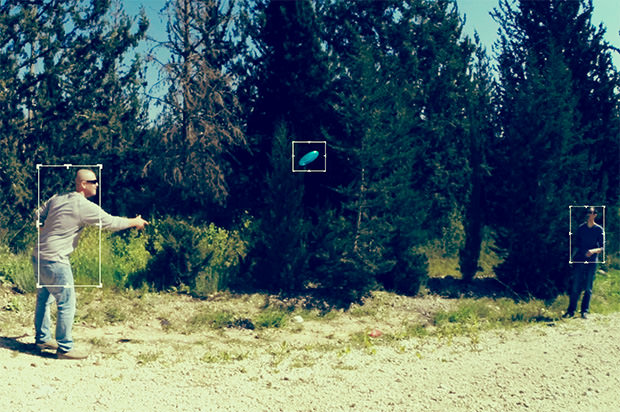 Forget collegiate drone games, Percepto is ready to Go Pro with its new Indiegogo concept that will bring the A game to GoPro capable drones. Users will be able to download apps to a smartphone device and control their drone cams with advanced moves as well as develop open-source apps themselves. Percepto has developed apps that include follow-me capabilities. Users can attach a Percepto box (described as a “tiny black box ​that consists of a Tegra K1 based processing unit and a camera”) to their existing GoPro-capable imagery drone (currently available for IRIS, Phantom or DIY models) before replacing the GoPro mount with a special Percepto mount that pairs the GoPro with a special Percepto finger camera. And Percepto easily scored a pro-level victory, earning $67,246 of the team’s $60,000 crowdfunding goal.

Perhaps the words of an elder statesman of the game can best describe the new horizons available to crowdfunded drone concepts: “It’s unbelievable, BABY!”