Down at the Farm 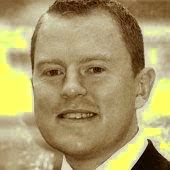 I’m going to be talking all about drones in agriculture at Cereals tomorrow and so have been thinking about drones down at the farm.

It’s pretty obvious that robotics and sensor technology has advanced to the point where its use can have a major impact on business efficiency, citizens and communities. All predictions are that the agriculture and rural sector can probably realise most immediate benefit from the technology. Relatively tight, but not prohibitive, regulation is currently a perceived obstacle to major uptake of robotics in the agriculture sector.

Farmers can use smaller drones now in several (but not all) countries around Europe. I predict a sharp increase in drone use by farmers throughout Europe in the next 24 months.

An interesting example of how they could be exploited has been proven by Project Ursula, a UK-based research and development programme using drones to explore the potential of imaging in land applications, primarily high-input arable farming. The Project Ursula team’s research suggests that a key advantage of drone remote sensing is the ability to obtain more timely and higher-resolution data that can be taken together by farmers and used to focus their resources and improve yields.

Another excellent example of farming applications for drones is in Japan. What is interesting about Japan’s story is that the development and integration was shaped by the Japanese government’s agriculture ministry who commissioned Yamaha to start developing an unmanned aircraft to assist precision farmers in the early 1980s that led to the development in the 1990s of an unmanned helicopter to spray both herbicide and fertilizer. The helicopters are used on about 40% of Japan’s rice fields. Because the government instigated the scheme, I suspect it was closely engaged with the industry over the long term and this allowed time for regulations and controls for safe drone use to be sensibly developed.

Airspace regulations controlling drone use are sometimes confusing and inconsistently applied in different countries – if at all. However there are some good examples of countries that do have permissive and evolving regulations to safely integrate the technology. For example, in the United Kingdom drones must generally have a certificate of airworthiness or a permit to fly issued by the Civil Aviation Authority (CAA). The CAA differentiates and strikes a pragmatic balance between model aircraft hobbyists, who have been flying safely for years, and professional drone operators who conduct “aerial work”.

Although there are special conditions for small drones less than 20kg in weight used for “aerial work purposes”, CAA permission and minimum levels of third-party accident insurance are required as well as compliance with certain safety constraints. Generally the rules prohibit unmanned aircraft from flying in congested areas, close to people or property, for aerial work purposes or beyond visual line of sight. For certain tasks qualified operators may obtain special dispensation from the CAA to operate within the standard flight restrictions. For most agricultural requirements the standard permissions for flying drones in the UK are perfectly adequate and so there is no reason why the technology can’t be widely exploited (other than the weather, which is notoriously poor!)

The invasion of privacy debate around the use of robotics (especially drones and self diving vehicles) is wide-ranging, although I believe many of the concerns directed at personal surveillance are not applicable when monitoring crops or livestock.