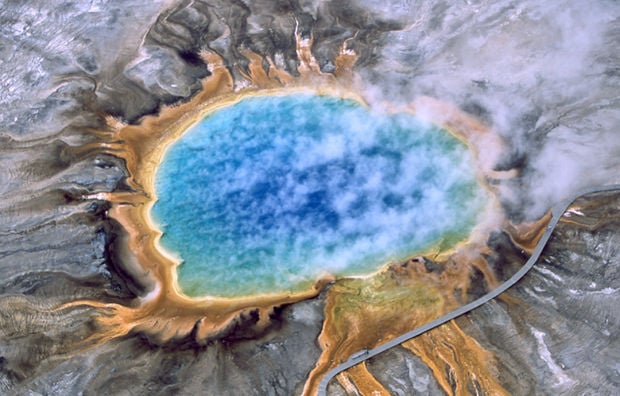 A tourist flew a drone into a Yellowstone National Park hot spring despite a park ban on drones.

The drone is submerged in the spring’s 160-degree waters. Officials hope to remove it.

“Our concern is about any potential impacts to the iconic Yellowstone thermal feature,” Nash said.

Grand Prismatic is known for its vivid colors and measures 300 feet across.

Nash says few details are being released because the incident is under investigation.

In July, a drone crashed into Yellowstone Lake near the Grant Village Marina. And officials in Grand Teton National Park issued one citation for flying a camera-carrying drone within park boundaries. That drone was trapped in a tree, and someone later stole it from the tree, said park spokeswoman Jackie Skaggs.

She warned that park rangers will soon be less lenient with those who unknowingly violate the National Park Service ban.

“Although we often try to educate people – at this point there is less discretion being used for issuing citations relating to drone use,” Skaggs said.

In Yellowstone, Nash noted, “we are beginning to get an increasing number of complaints from park visitors about people illegally flying these devices.”

“Think of how many people are going to be on the boardwalk at Old Faithful on a given August afternoon,” Nash said. “What might happen if someone even had one of these smaller devices and lost control of it over a big crowd?”