Dronelife first reported on this story back in April. For more on 3D Printed Drones, check out Draw Your Drone With a 3D Printing Pen and Israeli 3D Tech Behind AirDog Sports Drone. 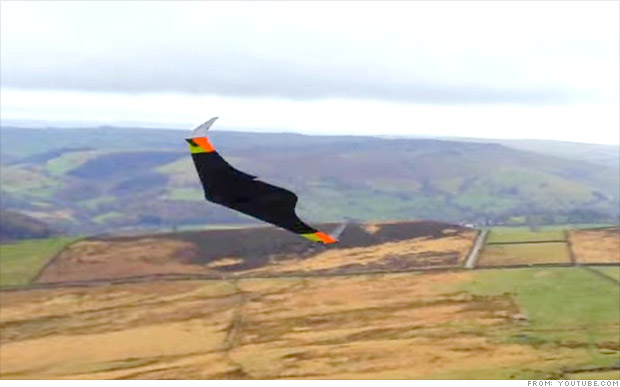 Researchers in the United Kingdom successfully printed a working drone earlier this year. It took them less than 24 hours to make it.

The vehicle, unveiled in March, is a remote-controlled glider about five feet wide that weighs just over four pounds and is composed of nine separate pieces that snap together.

The team at Sheffield University says that in the future, the project could have applications from package deliveries to intelligence-gathering to search-and-rescue, with users able to tailor the vehicles to their own particular needs. The low production cost of the plastic drone “might lead to the printing of 3-D unmanned aircraft that could be disposable and sent on one-way flights,” the researchers said.

Soon, the researchers say they’d like to 3-D print a drone that uses a pair of electric fans for propulsion. Future iterations might even have the possibility of autonomous flight, using GPS technology.

The Sheffield experiment is just one example of how scientists are blending these new technologies to create quick access to hard-to-reach places.

In May, the Aerial Robotics Lab at Imperial College London demonstrated a propeller-powered drone that carries its own 3-D printer. Engineers envision future versions of the vehicle flying into dangerous areas, then printing tools to, for example, seal off chemical spills, remove nuclear waste or repair damaged buildings.