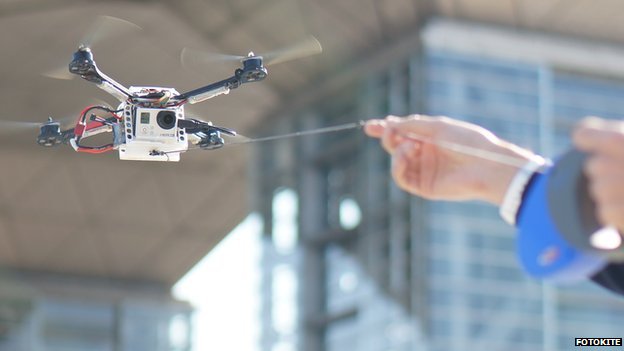 Drones are becoming more common in our skies, performing a variety of tasks, from taking photos to monitoring crops and potentially even delivering broadband.

But there are strict rules about their usage, which has led some to come up with innovative ways to fly such vehicles more safely.

“I’m using a dog leash for a small dog,” says roboticist Sergei Lupashin as he demonstrates a new kind of consumer-friendly drone at the Ted (Technology, Entertainment and Design) conference in Vancouver.

By tethering it, he hopes the Fotokite, as it is called, can avoid some of the issues faced by unmanned aerial vehicles (UAVs), which are banned without a special licence because of safety and privacy concerns.