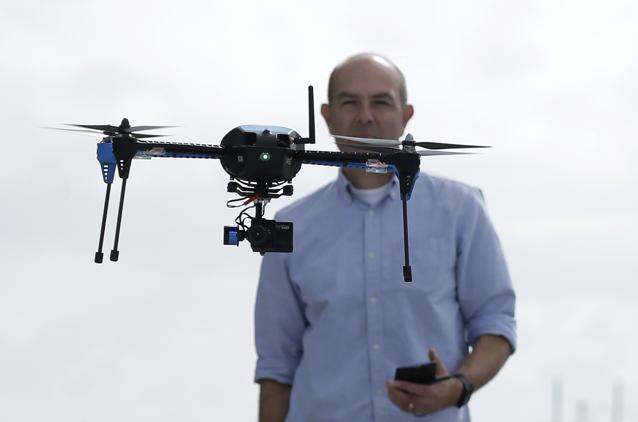 In recent years, openness and collaboration have been close bedfellows with innovation. The global growth of Open Source, 3D printing, and cloud computing have challenged the traditional assumptions that innovation has to happen behind closed doors. Increasingly innovation is happening out in the open, furthered by a partnership between communities and companies.

George Bernard Shaw once said, “If history repeats itself, and the unexpected always happens, how incapable must man be of learning from experience.” It appears that the historical record shaped from previous battles between locked-in and opened-up such as Microsoft vs. Linux and Apple vs. Android are finding a new battleground: drones.

While there are many companies making drones from toy quadcopters to professional applications, most take a similar proprietary approach of building their technology privately in-house.

An exception to this this rule is Berkeley, California based 3D Robotics. Co-founded by Chris Anderson, author of The Long Tail, Makers, Free, and ex-editor-in-chief of Wired magazine, the company is building products while working closely with a passionate Open Source community.

“I like to use smartphones as an analogy for where we are with drone technology today”, says Anderson. He continues, “We are currently at the iPhone stage, where we have launched the phone, but we don’t yet have the app store ecosystem.”

He isn’t wrong. The majority of drones on the market today are flying white boxes in which the hardware and software is secret. There is little for the tinkerer to play with, and thus there are limited ways in which makers, developers, and scientists have been able to expand and grow the technology.