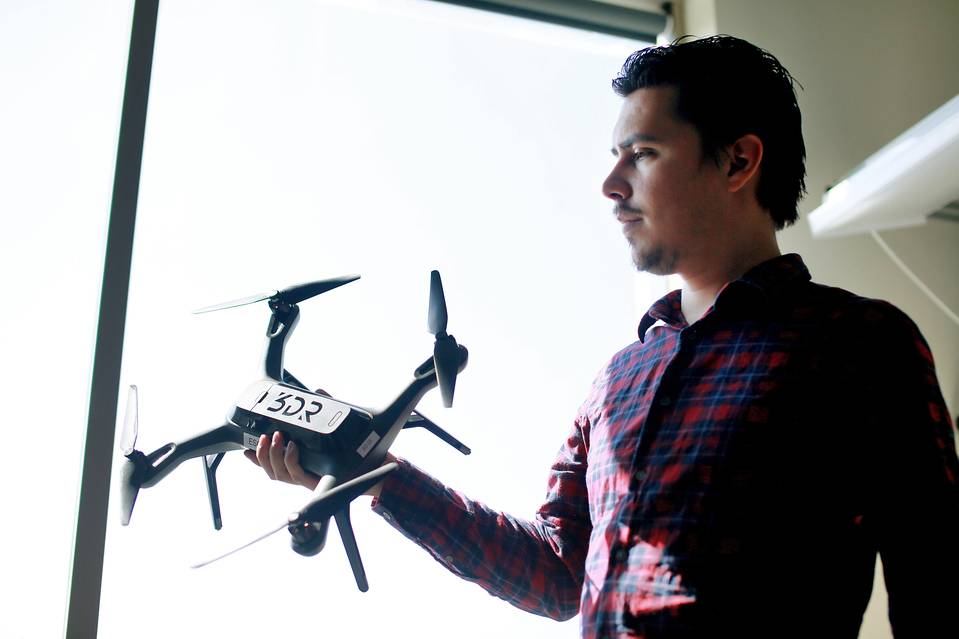 The consumer-drone revolution can be traced back eight years ago, to a 20-year-old Mexican immigrant in Riverside, Calif., tinkering with a toy model helicopter.

Jordi Muñoz Bardales, newly arrived from Ensenada, Mexico, was awaiting his U.S. green card when he broke open his Nintendo Wii controller, removed its sensors and connected them to an $18 microcontroller—a tiny computer on a microchipthat he programmed to stabilize his toy copter. For decades, model aircraft had been notoriously difficult to pilot; Mr. Muñoz had built a device almost anyone could fly.

“I didn’t even know the word drone,” Mr. Muñoz says. “I called it a robotics helicopter.”

He then tried to sell his used Wii for $350 on a programmers’ forum to raise money for his next project, a model plane that could fly itself. His online posts, including videos and code he wrote, had earned him a prominent fan: Chris Anderson, then editor of Wired magazine and a leading advocate of the budding drone movement. Mr. Anderson sent Mr. Muñoz a $500 check, no strings attached.

By 2009, Mr. Muñoz had built a so-called autopilot system, the computer brains behind consumer drones. Later that year, he and Mr. Anderson founded 3D Robotics Inc., now the biggest consumer-drone maker in the U.S., with tens of millions of dollars in annual revenue, 300 employees and more than $100 million in venture capital.

The cofounders face a set of fierce rivals. Paris-based Parrot SA has captured the lower end of the market with camera drones that retail between $100 and $500. The industry juggernaut is SZ DJI Technology Co., a Chinese company that makes the world’s most popular camera drones, priced around $1,000. On Wednesday, DJI unveiled the latest product in its best-selling line of drones.

To compete, 3D Robotics is set to release its own new drone next week, dubbed the Solo and priced around $1,000. The company spent $10 million over 18 months on the black four-rotor helicopter.