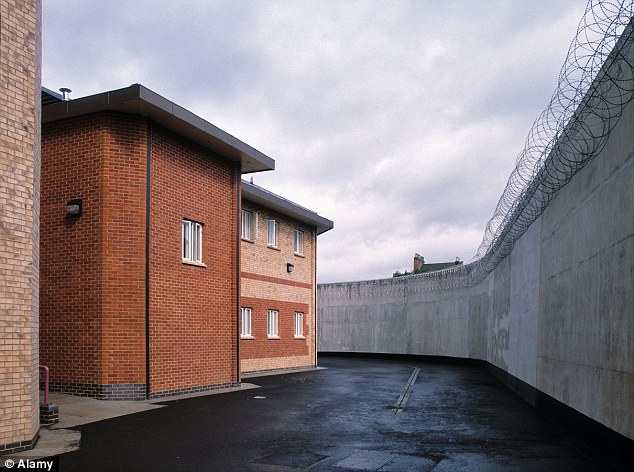 A drone has been used in a daring night-time attempt to smuggle drugs and weapons into a high security jail.

The plan was only thwarted when the machine became entangled in razor wire on a security wall and was then spotted by staff at Bedford Prison.

It is the first known case of a remote-controlled aircraft being used to infiltrate a British jail.

The Chinese-made machine was carrying a package containing drugs, mobile phones, screwdrivers and a knife.
Prison staff spotted it on the razor wire and managed to retrieve it.

One theory is that the ‘pilot’ planned to direct the drone to a spot where it could hover outside a cell window.
A prisoner might then have been able to reach out and grab the illicit cargo.

The miniature aircraft are already a major concern to police, who want to be given powers to seize them if they suspect they are being misused.

The one flown into Bedford Prison two weeks ago was a DJI Phantom 2 Vision, which weighs just 2.5lbs but has a range of nearly half a mile.

The device is fitted with a wide-angle camera and can be bought online or at an electrical retailer for around £900.

A Bedfordshire Police spokesman said: ‘We were called to reports that a small drone had been discovered alongside a package at HMP Bedford at 11.30pm on March 6.

‘Both the device and the contents of the package are currently being examined and investigations are on-going.’
The jail can contain around 500 inmates.

A recent report by HM Inspectorate of Prisons said the main challenge facing staff was the prevention of ‘the inward trafficking of unauthorised items, including mobile telephones and illegal drugs’.

Adam Bailey, of the Association of Remotely Piloted Aircraft Systems, said: ‘It’s a pretty stupid way of trying to get stuff into a prison.

‘A drone sounds like a swarm of bees and has flashing lights so you’re likely to attract attention. You’d have to be very skilled to pull this off and these guys clearly weren’t.’