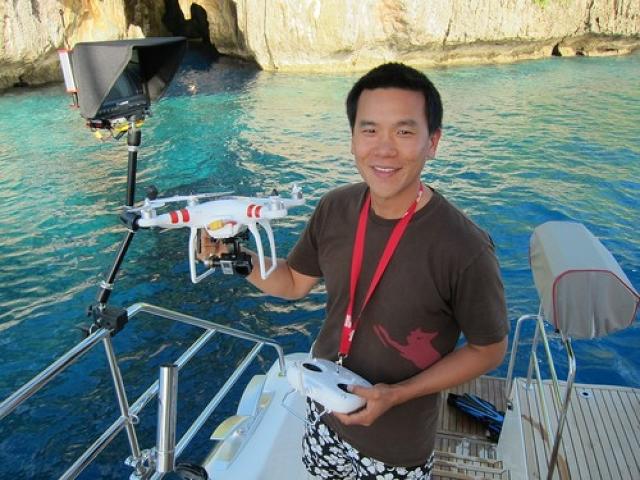 When Apple introduced the iPad 2 in 2011, it laid out a noble goal for the future of technology.

“Technology alone is not enough,” an Apple ad proclaimed. “Faster, thinner, lighter, those are all good things, but when technology gets out of the way, everything becomes more delightful, even magical. That’s when you leap forward.”

With the iPad, the notion of technology getting out of the way meant designing a computer so easy to use that the apps took center stage. But the result was in some sense counterproductive; we’ve become so sucked into our phones and tablets that technology is actually getting in the way of the real world.

It’s not going to be like that forever. In talking to leaders from some of the most innovative companies in consumer electronics, it’s clear that the next five years will represent an attempt to bring us back to reality. This may seem paradoxical, but a proliferation of wearable devices, smart-home gizmos, smart cameras, and augmented-reality systems will exist largely to save us from our screens.

Photography might be the one area where Apple’s vision of getting technology out of the way seems fully realized. Smartphone cameras are no longer just a quick and dirty image capture tool; they’re the best way to take photos that you can immediately touch up and share with the world.

But as wearable cameras like the GoPro and drone-based ones like DJI’s Phantom enable new kinds of photography, they’ve yet to receive phone-like smarts. Expect that to change in the coming years as capturing and sharing footage from these devices starts to feel as effortless as using the camera in your pocket.

“If I think specifically about us, and the things that we get super-jazzed about, that’s a big piece of it, it’s the whole solving of pain points from when you first capture content to seamlessly sharing it,” says CJ Prober, GoPro’s senior vice president of software and services.

Today, when you capture footage on a GoPro, you’ve got to load it into your computer—itself a time-consuming process—and spend hours looking for highlights and turning them into a YouTube-worthy video. But in the future, a wearable camera might tap into gyroscopes and accelerometers to flag exciting moments, or use machine learning algorithms to sniff out quality footage. It could even tie into other wearable sensors to measure things like jump height or speed, and bring those details straight into the video.