Did a Drone or a Bird Hit This Mexican 737 Commercial Airline? 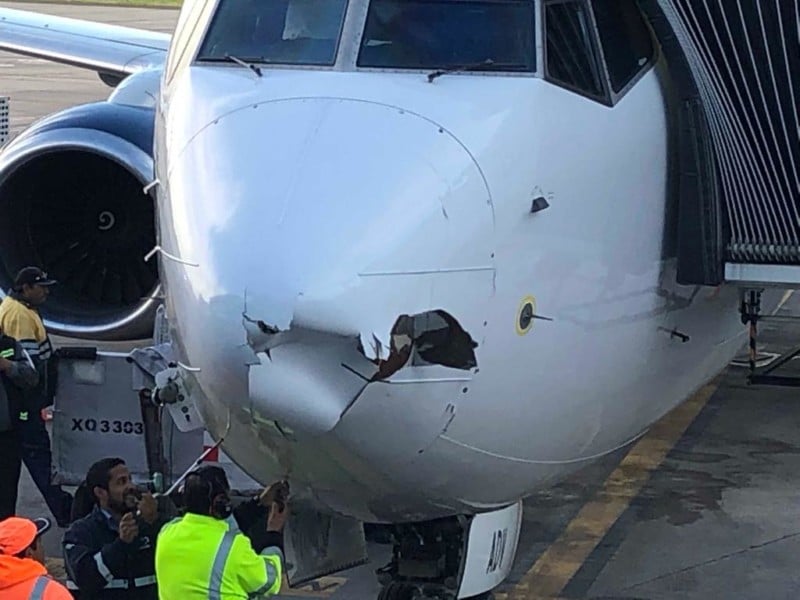 Authorities in Mexico are trying to determine if a bird or drone damaged the nose of a Boeing 737 aircraft.  A Boeing 737-800 aircraft flight number 773 was flying between Guadalajara and Tijuana when shortly before landing the pilot heard a “pretty loud band” and radioed the tower to check on the damage.  The plane was a part of the Mexican Airline Aeromexico fleet.

At the time of publication,  there is no available reported evidence that the damage was as the result of a drone collision.  Investigation into the crash continues.

“The exact cause is still being investigated,” Grupo Aeromexico said in a statement. “The aircraft landed normally and the passengers’ safety was never compromised.”