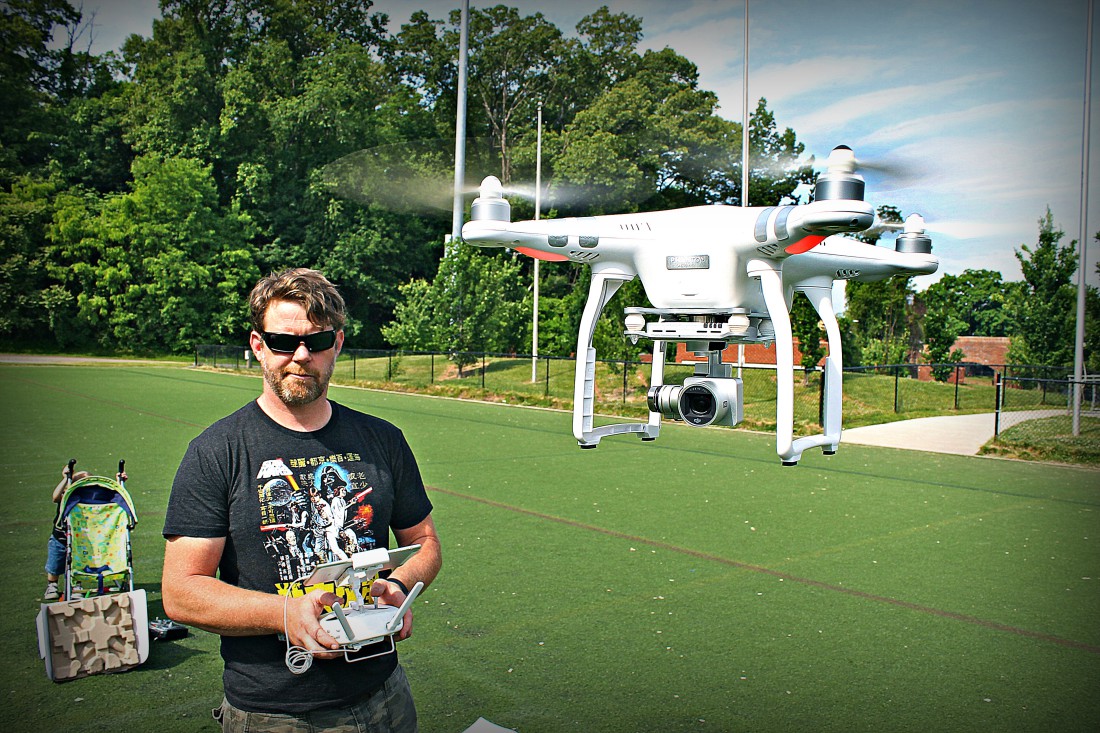 With the Federal Aviation Administration still many months away from issuing rules on the commercial use of drones, Western North Carolina entrepreneurs are eager to offer customers a bird’s eye view. Thanks to high-resolution cameras and relatively modest cost, drones (aka unmanned aircraft systems) are considered a game changer for things like airborne surveillance and photography.

Those commercial applications are in limbo till the rules are finalized. Despite the FAA ban, however, some local businesses are already using drones.

“Traditional photography and videography are very much used in the media today,” he explains. “Those types of angles are becoming a little bit boring. When you see something from the air, it’s really unique. We’re excited to offer that commercially; the possibilities are endless.”

Aiming to prevent aviation disasters, the FAA issued draft rules in February governing who can fly drones and under what conditions. Commercial operators would have to pass a written test, register the drone and pay about $200 in fees. Businesses could fly only during daylight hours, and the devices would have to stay in sight of the operator or other observer charged with monitoring the drone. They could fly no more than 100 mph and would have to stay below an altitude of 500 feet to avoid collisions with other aircraft.

But a public comment period on the proposed rules is expected to last at least until early in 2017, and in the meantime, it’s illegal to charge money for flying drones. Once the regulations are finalized, the agency anticipates that more than 7,000 operators will obtain drone permits within three years.

“I think it’s important that it’s regulated and that people have qualifications to fly them commercially, because they can be dangerous,” notes Silsbee. “Whether the FAA gets their ducks in a row or not, people are going to be flying them. It’s very important that they finalize those regulations, so people like us can promote our services on a large scale.”