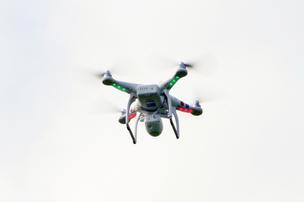 USAA’s plan to test drone aircraft for use in reviewing insurance claims has been approved by the Federal Aviation Administration.

The San Antonio-based insurance giant filed for a special exemption last year from federal laws restricting the use of drones, or unmanned aircraft, in the U.S. in order to test their usefulness in speeding up insurance claims following natural disasters. Because drones could be used to reach areas that may otherwise be inaccessible, it is believed that they could help speed up insurance claims in some cases.

“We’re proud to be among the first insurers approved to test this technology,” said Alan Krapf, president, USAA Property and Casualty Insurance Group. “It’s our responsibility to explore every option to improve our members’ experience.”

The FAA will now allow USAA to fly drones, made by U.S.-based PrecisionHawk, during the day within line-of-sight of a trained pilot and air crew. No aircraft can exceed an altitude of 400 feet, and all flights will continue to be reported to the FAA prior to takeoff.

USAA has also filed for an additional FAA exemption that would further aid its ability to use drones during catastrophes. That exemption petition is pending approval, and a decision is expected soon.