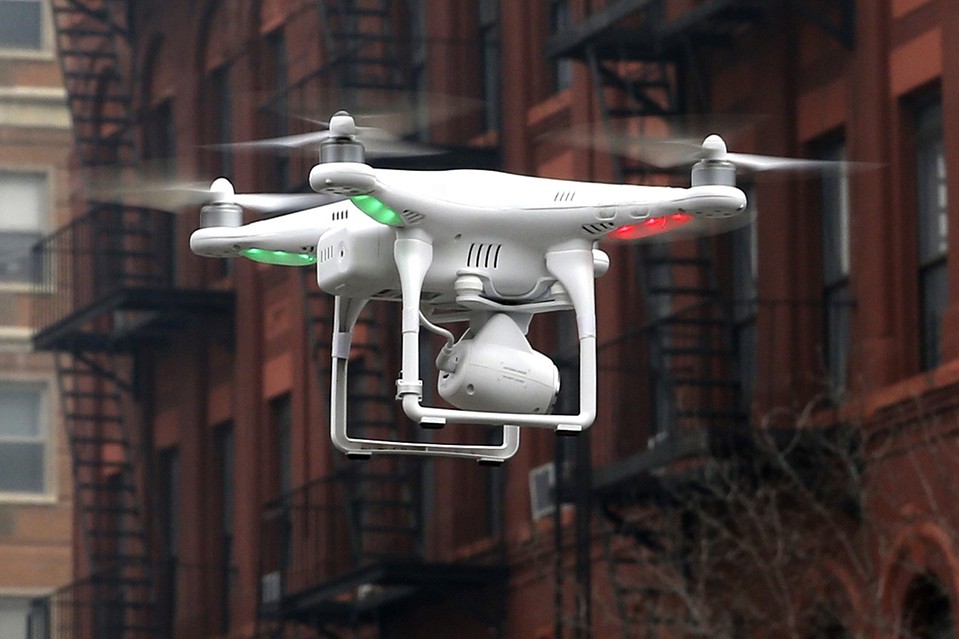 Federal regulators proposed long-awaited rules for commercial drones in the U.S., a landmark in the nation’s aviation policy that is expected to lead to a new era in which unmanned aircraft become common.

The Federal Aviation Administration proposed a policy that would replace the current near-ban on flying drones for commercial purposes with a simple approval process for operators governing commercial flight of any drone up to 55 pounds. Operators would be required only to pass a written exam on FAA rules to obtain a certificate from the agency for drone flying, and to comply with certain safety requirements. The test must be passed again every two years.

Those safety requirements would limit commercial drone flights to below 500 feet, during daytime hours and within sight of the operator. Notably, the proposed rule would also ban flying commercial drones near airports or over people not involved in the drone’s flight.

The proposed rules would “provide probably the most flexible regime for unmanned aircraft 55 pounds or less that exists anywhere in the world,” FAA Administrator Michael Huerta said on a conference call to announce the rules on Sunday.

The proposed rules, which are about four years behind schedule, are now open for a 60-day period of public commentary, which the FAA will take into account before publishing the final regulations—likely next year. The rules don’t affect recreational use of drones, which is already permitted as long as users obey safe-operating requirements.

The FAA proposal, which doesn’t deal with privacy issues, came as the Obama administration separately on Sunday issued rules for the government use of drones in the U.S. that it said are designed to protect citizens’ privacy and civil liberties.

A memorandum from President Barack Obama set limits on how federal agencies can use drones in the U.S., including requiring agencies to implement policies that protect citizens’ First Amendment rights and in most cases setting a 180-day limit on retaining data gathered by a drone.

Mr. Obama, however, put off many specifics of the policy, ordering the Department of Commerce to convene a stakeholder group within 90 days to develop guidelines for “privacy, accountability and transparency issues concerning the commercial and private use of” drones in the U.S.

As the FAA works to complete its safety rules, its current effective ban on the commercial use of drones will remain in place. The only exceptions to that prohibition so far have been FAA approvals for 26 commercial-drone operators, but those approvals came with strict rules, including that operators have a private pilot’s license.

The drone industry reacted generally favorably to the FAA’s proposal on Sunday, with many stakeholders pleasantly surprised that the proposed rules were less stringent than those the agency imposed in its case-by-case approvals for commercial drone operators.

“This proposed rule is a critical milestone in the [unmanned-aircraft] integration process, and one that is long overdue,” the Association for Unmanned Vehicle Systems International, a drone trade group, said in a statement. “This is a good first step in an evolutionary process that brings us closer to realizing the many societal and economic benefits of” drones.

Drone legal advocate Brendan Schulman, an attorney who is challenging the FAA’s current drone policy in court, said the FAA’s proposal is “a much more reasonable approach to future regulation than many feared.”

But some parts of the rule are likely to continue to frustrate drone users who feel technology is outpacing regulation. The requirement that commercial drones must stay within sight of the operator, for example, would preclude many potential commercial applications, including the delivery drones being tested by Amazon.com Inc. and Google Inc. While stressing that integration of larger and more wide-ranging drones will take longer, the proposal seeks to reduce risks “with the least amount of burden to business.” It also solicits comments for potentially easing restrictions on the smallest models, dubbed “micro” drones, weighing under 5 pounds.

The proposed rules “wouldn’t allow Prime Air to operate in the United States,” Amazon said in a statement, referring to its planned drone-delivery program. “The FAA needs to begin and expeditiously complete the formal process to address the needs of our business, and ultimately our customers. We are committed to realizing our vision for Prime Air and are prepared to deploy where we have the regulatory support we need.”

Mr. Huerta of the FAA said the agency is working with other federal agencies to research technologies that would enable drones to “see and avoid” obstacles and thus enable them to operate safely beyond the sight of operators. He said the agency is seeking the public’s comments on this subject. “We recognize that beyond visual line of sight is something that there’s a great deal of interest in,” he said.

Another area of rapidly advancing technology—autonomous drone flights—would be allowed under the FAA’s proposed regulations, an agency official told reporters. As long as an operator within sight of the aircraft could jump in to control the device if needed, a drone would be allowed to fly autonomously, or on preprogrammed routes, under the proposed rules.

Already U.S. construction companies are using drones that fly on autonomous routes to capture images above job sites. Those operations are currently in violation of FAA policy.

To make it easier for future operators, the proposal doesn’t require applicants to attend a flight school or any other formal educational setting to pass the certification tests. Rather, the FAA said it plans to “offer all the information necessary to pass” the required test of aeronautical knowledge online. In addition, the proposal doesn’t “mandate initial or recurrent training prior to taking” the exam, which would cost about $150.

There won’t be any medical or psychological testing requirements. But applicants will have to be vetted by the Transportation Security Administration, the same process private pilots currently must go through before getting a license to fly.

The Wall Street Journal reported in November on the FAA’s planned limits on commercial drone flights. The Journal, citing people familiar with the draft rules at the time, reported that the FAA wanted to require commercial drone operators to have experience flying a manned aircraft. That requirement was considered but isn’t contained in the proposed rules. In a separate economic analysis, the FAA said it concluded the requirement “would be unduly burdensome.”

Some of the proposal’s provisions are likely to prompt debate. Without firm data about accident rates for such unmanned aircraft, the FAA’s economic analysis assumes that they will have the same accident rate as general aviation aircraft. And the proposal explicitly notes that agency officials have the right to pursue hobbyists and other recreational users if they are found to operate devices in a reckless manner.

Even though the FAA proposal had been discussed among industry officials for years and considered by the agency, in some form, for nearly a decade, in the end it included some surprises. FAA officials, for example, anticipate they will handle a total of roughly 10,000 applications to fly small commercial drones in the first three years after the rules take effect, a significantly smaller number than many industry and even earlier government projections. And the FAA estimates the rate of applications will decline after that. Some industry officials have projected much more robust interest in small-drone applications.

The economic benefits of widespread use of small unmanned vehicles, according to the FAA’s separate economic analysis, also are likely to be smaller than earlier industry projections. The analysis pegs such benefits “in excess of $100 million annually,” versus potentially billions of dollars.

In another unusual departure from the FAA’s traditional cost-benefit analysis, the proposed rule weighs the costs of using unmanned systems to prevent accidents that don’t involve any type of aircraft.

The analysis indicates that small commercial drones are likely to replace some manned aircraft for uses including aerial photography, agriculture and bridge inspections, thereby reducing potential accident risks for both pilots and people on the ground.

But unmanned aircraft also may be used to replace workers climbing on cellular towers, according to the FAA. If such alternate tower operations avoid a single fatality, the economic analysis notes, “that alone would result in benefits outweighing the expected costs” of the entire regulatory package released Sunday.