Where Can Drones Fly? Legal Limits Are Up In the Air 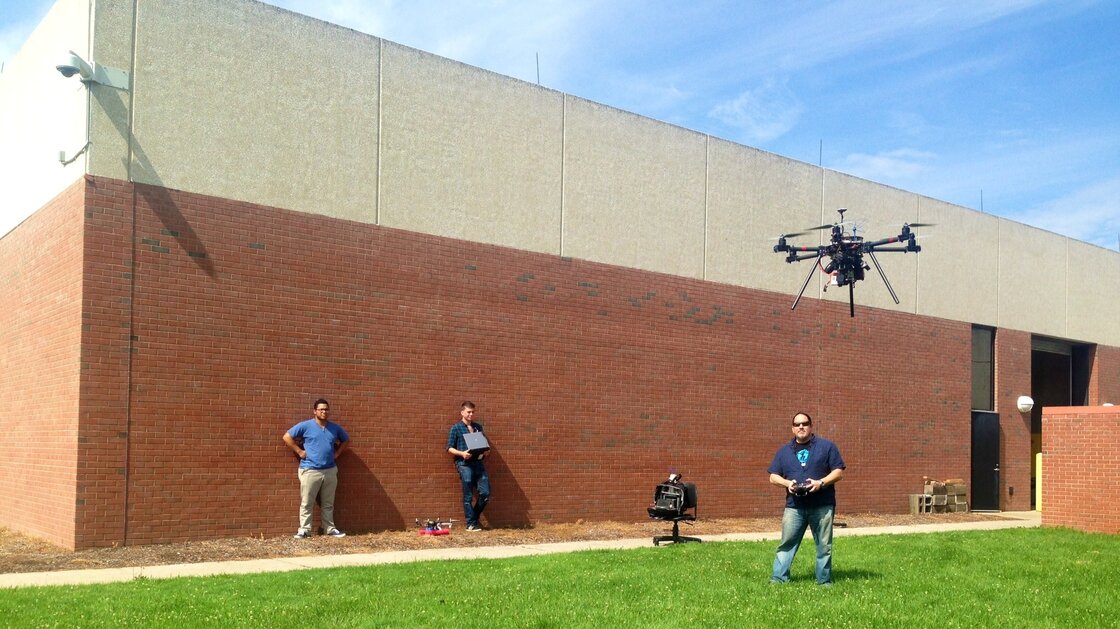 It’s getting easier for the average civilian to own drones.

The word may bring to mind million-dollar jets that carry bombs, but a drone is any aircraft that doesn’t have passengers or a pilot onboard. Some look like sophisticated remote-control helicopters and model airplanes.

They’re available online and in stores, some for less than $100. But whether and where owners are allowed to fly those drones falls in a legal gray area.

In an open field at Bergen Community College in New Jersey, students fly drones they built in class. One model looks like a beach-ball-sized spider. It has six arms with blades on each and can shoot hundreds of feet into the air within a second.

Students have mounted a camera to the drone and programmed it to take pictures every few seconds. They’re using the drone to create a 3-D map of the campus.

Students can park their “bird” in the sky, leave it hovering and then make it come back home on its own.

FAA regulations say drones shouldn’t be flown above 400 feet. Higher than that, drones start to interfere with the national airspace.

They can’t be flown within a few miles of an airport, and they can be used only for fun — not for commercial purposes.

NYPD spokesperson Brendan Ryan says individuals could potentially be charged with reckless endangerment in New York City if, for example, an individual with a camera flies a drone into a stadium.

But an FAA spokesman also says big, congested cities like New York are completely off-limits to drones. Unmanned aircraft are not authorized to fly in what it calls Class B airspace.

New Yorkers don’t seem to know that, and some lawyers say small unmanned aircraft should not be treated like larger models.

The Wild West Of Drones

Bill Dickey manages Pilotage Fun and Hobby in Manhattan, a store that sells drones. He says unmanned aircraft are flying all over the city.

Dickey says slate workers send them drones over buildings to take pictures of their work.

“It’s been a great thing for my business,” Dickey says. “I think the drone industry is the industry for our era.”

The FAA fined one resident more than $2,000 for flying a small drone off a building in Manhattan, after it bumped into other buildings and landed on a public sidewalk.

Listen to the Full Report at NPR.org…