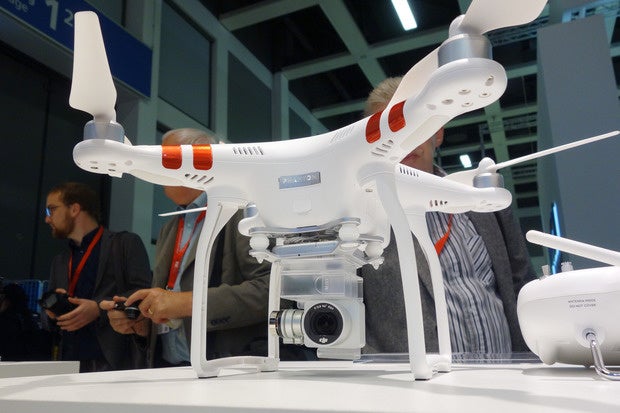 Drone maker DJI is adding new features to some of its drones through a software update that should make them easier to fly.

The update, which will be available on Sept. 7, comes as the drone industry is looking to make the craft easier and safer to fly to attract more novice users.

The new flight modes take some of the complexity out of flying and will be available for the Phantom 3 and Inspire 1.

Waypoints – Likened to a co-pilot, the drone will automatically fly to a series of set waypoints in the sky at a customizable speed. The angle of the camera can be adjusted while on the flight and, once done, the precise flight can be saved so it can be repeated with the same waypoints and camera angles.

Point of interest – The drone will automatically fly around a specified point at a preset height and radius, keeping the camera angled so the point remains in the center of the frame.

Follow me – The drone will follow a beacon signal emitted by a smartphone. This is intended for use in sports, when the drone needs to follow a target (usually a person) with little or no manual control. This mode is only available on the Phantom 3 Professional, Advanced and Standard.

Course lock – The drone controls are switched so they are relative to the user. This helps counter confusion faced by new fliers when the drone is turned in a different direction and means, for example, that a tap of the “right” command will send the drone to the right from the point of view of the controller, not the drone.

Home lock – Orientation of the drone is locked relative to the person controlling it. This is said to aid in control over greater distances.

In addition to the new flight modes, the update will also upgrade the resolution of video being captured by the built-in camera on the Phantom 3. It currently shoots at 1080p high-definition, but the upgrade will bring 2,704 pixels by 1,520 pixels.