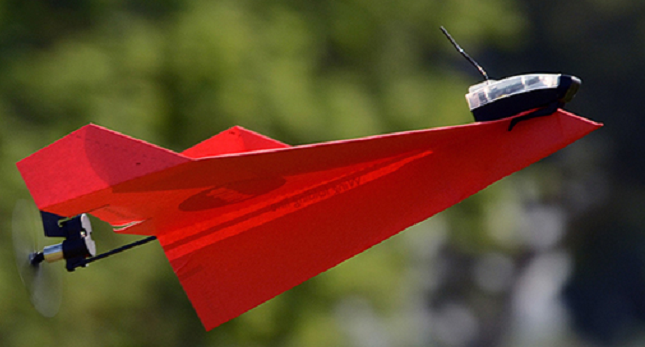 Peter Sachs is one of the FAA’s harshest critics when it comes to drones. He has been quoted many times and written extensively on his website, dronelawjournal.com, about the unreasonable methods the FAA has for dealing with commercial drone operators.

His latest criticism comes not as a blog post, but as a gaming of the FAA’s own system.

In a display of how misguided the FAA’s attitude toward unmanned aircraft is, Mr. Sachs sought out and obtained a Section 333 exemption to fly a paper airplane.

Honestly, I can’t tell what is more surprising the fact that he went through with this idea or the fact that the FAA played along.

Come on FAA! Everybody knows not to feed the trolls.

In a possible sign of how seriously FAA is taking unmanned aircraft operations in national airspace — or maybe just a sign of how absurd matters have gotten — the FAA yesterday approved the first ever toy powered paper airplane to fly commercially in U.S. airspace.

The applicant granted the so-called Section 333 Exemption (named after the section of the federal statute authorizing it) is Peter Sachs, a well-known drone advocate, lawyer and commercial helicopter pilot. His exemption allows him to “conduct aerial photography and videography” with the powered paper airplane so long as he meets dozens of conditions specified in the exemption and attached certificate of authorization. I asked the FAA for comment on whether granting the exemption indicates that the FAA considers a powered paper airplane an unmanned aircraft system, or UAS. An FAA spokesperson responded that “Mr. Sachs submitted a valid petition for exemption, and we granted the requested relief.”

The toy paper airplane Sachs was granted 333 Exemption authorization to operate is a Tailor Toys PowerUp 3.0. According to the manufacturer, it “transforms ordinary paper into smartphone-controlled flying machines.” The powered paper plane has a 180 foot/55 meter range and is capable of sustained flight for 10 minutes on its battery. In response to a request for comment on how he intends to use his new commercial authority and what steps he has to take to operate it, Sachs responded that unfortunately, although he has been a commercial helicopter pilot and advanced ground instructor for over 30 years, he cannot himself fly the paper plane commercially at this time because he not “current” to fly. That is, he is not current to fly manned aircraft, although he has a valid commercial helicopter pilot’s license.

This means that to fly his paper plane commercially, he would either have to spend thousands of dollars to become current — renting a helicopter and flying with an instructor to re-demonstrate his pilot proficiency — or hire a current pilot with at least an FAA sport pilot license. As with all 333 exemption holders, Mr. Sachs would need a visual observer at all times, in addition to a licensed pilot manipulating the controls; he could only operate the paper plane line of sight during daylight hours and in good weather conditions. In addition, he would have to abide by all the requirements of the FAA’s blanket certificate of authorization, including the requirement to file a NOTAM (notice to airmen) with air traffic control of any proposed operation 24-72 hours before flight.

According to Sachs, while he is pleased to have gotten the exemption, he is also embarrassed that a commercial paper plane operator requires one. “With this grant, the FAA has abandoned all logic and sensibility by declaring that a 19-gram paper airplane is legally an “aircraft.