The Path to Integrating Drones Into Canada’s Skies 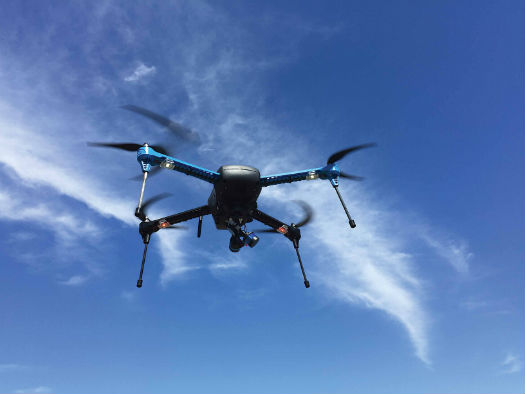 In November 2014, Transport Canada issued two exemptions to facilitate wider use of small unmanned air vehicles (UAVs) weighing 25 kilograms or less, describing the action as an “interim strategy” meant “to accommodate the industry’s exponential growth.” Now, the agency is taking steps to formalize its rules for small UAVs, with the goal of introducing regulatory requirements in 2016.

In a Notice of Proposed Amendment (NPA) issued on May 28, 2015, Transport Canada outlines its plans to regulate small (25 kilograms or less) UAVs that are operated within visual line-of-sight. The intent, according to the NPA, is to develop a regulatory framework that is “risk-based, flexible, and consistent with international partners”—one that encourages innovation within this emerging industry sector, while also minimizing risk to manned aircraft and the general public.

Currently, Canadian regulations distinguish between model aircraft, which are flown for “recreational purposes,” and UAVs, which are unmanned aircraft “other than a model aircraft.” For a number of years, Transport Canada has permitted commercial operations of UAVs through the issuance of Special Flight Operations Certificates (SFOCs), which are granted on a case-by-case basis.

Canada’s flexible SFOC system has helped it become a world leader in commercial UAV operations—in notable contrast to the United States, where the Federal Aviation Administration (FAA) has only recently begun granting exemptions to commercial operators of UAVs (or unmanned aircraft systems/UAS, in the FAA’s preferred terminology). As the UAV industry has exploded, however, so have the number of SFOC applications. Transport Canada issued only 345 SFOCs in 2012, but 1,672 in 2014—an increase of 485 per cent in just two years.

The narrow exemptions that Transport Canada issued in November were intended to accommodate some of this demand by permitting certain low-risk UAV operations without SFOC approval. The exemptions—one for UAVs under two kilograms, and one for UAVs between two and 25 kilograms—require operators to remain at least five nautical miles from aerodromes and built-up areas, and comply with other general conditions.

Regulatory amendments would further ease the administrative burden associated with the SFOC system by establishing clear guidelines for a wider range of UAV operations. The NPA identifies three broad categories of small UAV operations, each of which would be associated with a different level of regulation. The most heavily regulated category would be “complex operations with small UAVs,” which would include operations in built-up areas and near aerodromes. Such operations would require, among other things, a pilot permit and a registered aircraft that meets a Transport Canada-specified design standard.

The NPA also specifies a “limited operations with small UAVs” category, which would accommodate operations away from built-up areas and aerodromes—many agricultural operations, for example. That category would also require aircraft to be registered and meet a design standard, but would not require a pilot permit. Operators would, however, be required to demonstrate specific aeronautical knowledge, possibly through completion of an online self-study program.