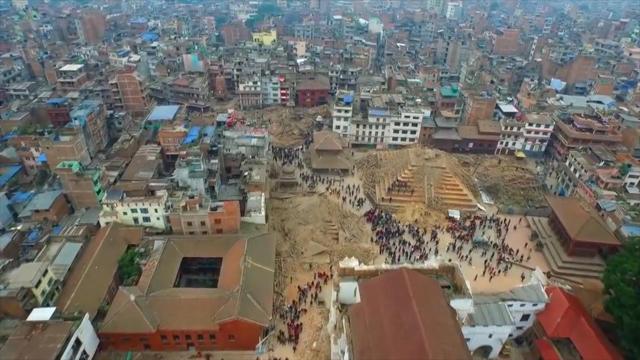 The use of unmanned drones will greatly speed relief efforts following the enormous earthquake in Nepal last week.

Disaster relief teams in Nepal have encountered serious difficulty assisting people given the enormous damage caused by the 7.8 magnitude earthquake, as well as ongoing bad weather in the region.

Global Medic, a Canadian charity that provides disaster response in the form of medical assistance, is flying drones over the affected areas in order to study and 3D map the worst hit zones. The information will be passed to rescue workers on the ground to show them exactly where to go.

Three of the drones made by Aeryon Labs will be flown by a dedicated pilot who is in Nepal. Global Medic said that drones will vastly speed their work, given that use of unmanned aircraft is difficult with the damage caused to existing airstrips and refueling facilities in the country.

As of today, Monadrone, one of the technology companies involved, is examining the east of the country, aided by the Nepalese army. The situation there, according to a spokesman who emailed Forbes, remains very “uncertain”.

The drones being used are equipped with thermal cameras that can find survivors by detecting body heat, as well as a high-powered zoom lens that can show faces as well as on-the-ground-detail from up to 1,000 feet away.