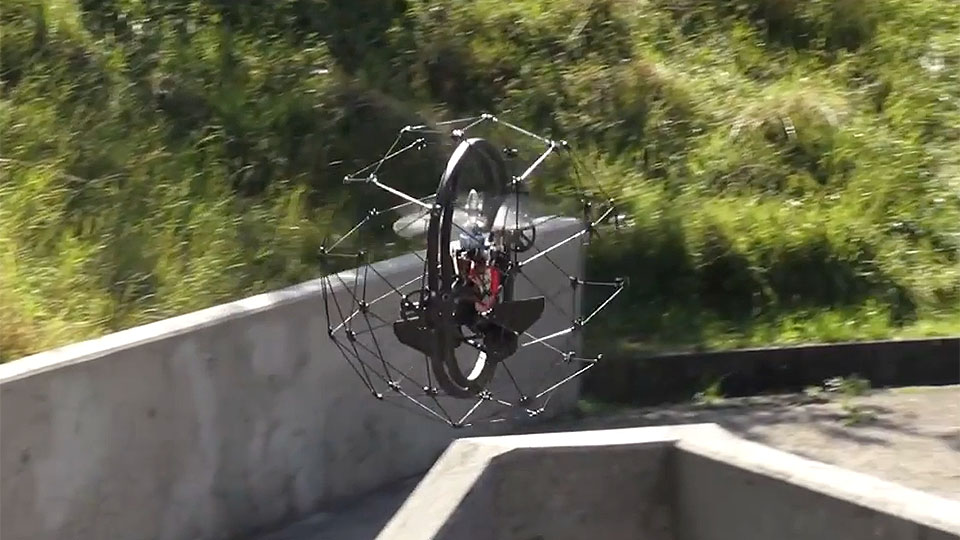 A clever, bizarre-looking drone that may one day save your butt has won a million bucks in the UAE’s Drones for Good competition. Flyability’s GimBall has the unusual ability to squeeze into tight indoor spaces and search for potential disaster victims, thanks to its geodesic design. The entire UAV is effectively a two-prop, electronically stabilized gimball surrounded by a tough, lightweight carbon fiber cage. Instead of trying to pull off the daunting task of avoiding obstacles, the GimBall can just plow right into them, bounce off and then carry on to its destination. It can even roll along the ground or a ceiling like Parrot’s MiniDrone.

The cage also protects potential rescue victims from the spinning propellors while making it relatively stress-free to operate indoors. The team sees it as a simple to operate, inexpensive and robust tool for rescuers or industrial inspectors, useful in, say, a nuclear accident or building collapse. With a $1 million in hand, the Flyability team will now develop the product specifically for first responders, adding features like infrared imaging for dark or smoky environments and better indoor localization. The GimBall drone beat out 39 other entries over the two-day event, and Flyability hopes to turn it into a product within a year.