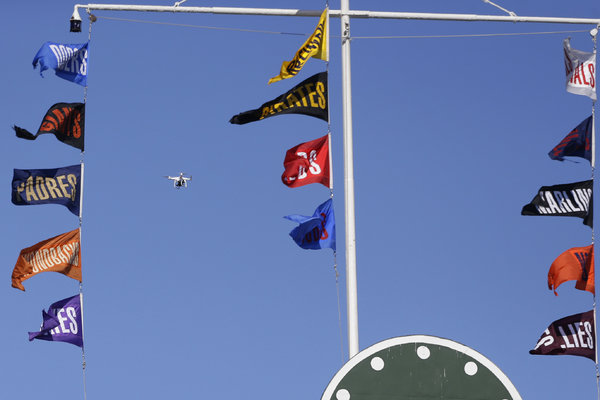 As Major League Baseball’s top players took the field at the All-Star Game in Minneapolis in July, a covert radar system scanned the sky above the 40,000-seat stadium for what security experts said was an emerging threat to public safety: drones.

Using finely tuned detection programs brought in by the Department of Homeland Security, “Operation Foul Ball,” as it was known, identified several small, commercial drones flying in the area. Some were similar to the quadcopter that crashed on the White House lawn Monday.

But the drone detection system, which was considered one of the most advanced in the country and cost several hundred thousand dollars to operate for just that night, had no way of actually stopping drones from flying into the stadium. There was even confusion about whether one of the drones belonged to ESPN.

Confronted with the system’s cost and limitations, baseball officials decided not to use it for the postseason. But those officials had no warning before a drone hovered over at least one playoff game.

The National Football League will not say what type of system, if any, it will have in place at the Super Bowl in Glendale, Ariz., on Sunday, though the Federal Aviation Administration issued a warning this week that anyone flying drones over an N.F.L. game could be “intercepted, detained and interviewed.”

While drones have not been used in a terrorist attack on American soil, thwarting them is increasingly becoming a challenge for law enforcement and security officials who are charged with protecting large-scale events like the Super Bowl and high-profile public buildings like the White House. The officials have warned that the low-flying devices could be modified to carry explosives, chemicals, biological agents, guns or cameras.

This month, an analyst for the National Counterterrorism Center told a gathering of military, law enforcement and public utility officials in Arlington, Va., that extremist interest in “unmanned aircraft systems” had spiked recently. In the past 16 months, he said, the working group for unmanned aircraft systems threats had grown to 65 members from four, according to a participant at the gathering.