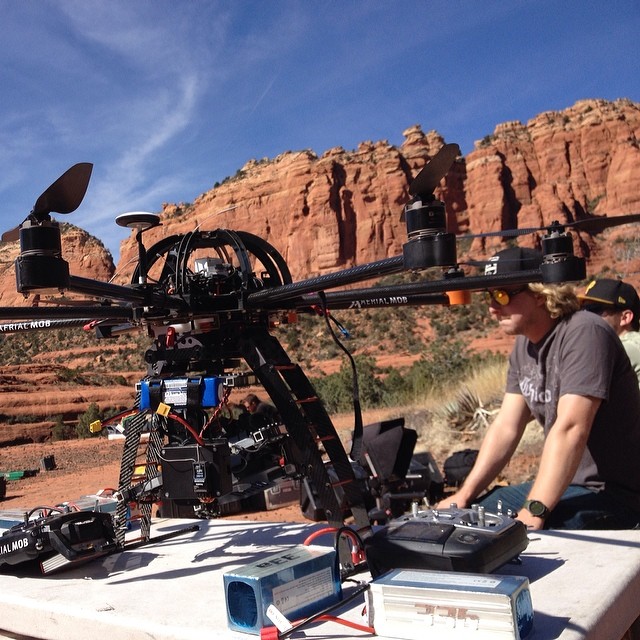 With a number of strict requirements, for the first time in the United States, film companies will be authorized to fly unmanned aircraft systems for commercial purposes.

The current FAA policy is to ban flights it considers non-recreational in nature, which it has enforced in recent years through more than a dozen cease and desist letters, and a single $10,000 fine for one operator. The FAA has insisted that non-recreational drone flights requires some kind of authorization – be it a Certificate of Authorization (COA) for public agencies, or experimental certification for private companies.

The FAA has maintained its position in spite of a federal judge ruling that the FAA lacks any enforceable regulations or the authority to regulate model aircraft, even when flown for profit. The FAA was required by the FAA Modernization and Reform act of 2012 to issue final rules for small UAS rules by August 2014, and while the FAA originally intended to publish proposed rules for small UAS in March 2011, the most recent report on significant rulemakings from the Department of Transportation (DOT) now estimates those proposed rules will be published in December of this year.

This followed an audit from the DOT Office of the Inspector General, released in June, which concluded that “privacy concerns” had delayed the rulemaking process, and that “safety risks will persist until FAA establishes performance, air traffic control, and certification standards to regulate UAS use.”

Eager to make use of small UAS that became more capable and useful by the day, companies working for the motion picture industry petitioned the FAA to allow their commercial flights under a little-known exemption called a “333.” That refers to Section 333 of the Modernization and Reform Act, which gives the Secretary of Transportation the authority to pick and choose the drones that will fly before final rules are made.

What makes this approval important, besides the fact that it’s the first time the FAA has officially signed off on commercial camera drones in the US, is that the exemptions are effectively the first commercial drone regulations besides the flat-out “no” policy. That’s because those exemptions, for the first time, provide clear instructions about what can fly, when it can fly, when it can fly, how it can be flown, and who can fly it.

For example: all of the exempted drone operations must have a pilot in command who is licensed to fly privately in the US. Additionally, non-authorized persons may not be permitted within 100 feet of the drone, the drone must be operated in a “sterile” environment, and all operations must have the advance permission to fly from the regional FAA flight standards office and local authorities.

These rules effectively restrict drone use to closed sets, and make most journalism and documentary projects unfeasible. Additionally, they require small UAS pilots to have the same medical certification and training as pilots of manned aircraft, despite the fact recreational flyers can use (and have been using for some time) the very same equipment without so much as a driver’s license or a NOTAM.

There is, perhaps, a small, silver lining in here for American small drone operators in the form of aircraft certification. The FAA noted that because of a reduced “potential to harm” compared to manned, certified aircraft, the film company’s UAS doesn’t need to be certified like other aircraft. It won’t require a copilot, protection against GPS or signal jamming, ADS-B, or sense-and-avoid features.

In other words, these exemptions mean the operators won’t require prohibitively expensive equipment in order to fly. This is a different set of airworthiness requirements than what some members of the UAS community had feared, given what was proposed by the American Society for Testing and Materials (ASTM) F-38 committee on unmanned aircraft systems.