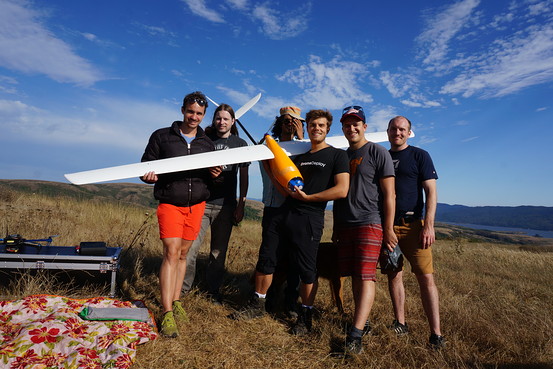 DroneDeploy, a startup that makes it possible for just about anyone to fly small drones and analyze the images they capture using a tablet or smartphone, has raised $2 million in seed funding, Chief Executive Mike Winn told Venture Capital Dispatch.

The company, operated by Infatics Inc., has also released a new suite of applications to help businesses get started using small drones within the fields of farming, construction and environmental or land surveillance. DroneDeploy does not make its technology available for defense or military purposes, Mr. Winn said.

One team is currently using DroneDeploy’s technology to operate fleets of drones that monitor areas where poachers target and kill endangered species, he said.

Another DroneDeploy customer, AgEagle LLC in Neodesha, Kansas, has integrated the startup’s technology with its AgEagle Rapid “wing,” a small unmanned aerial vehicle (UAV) that flies over farmers’ fields, taking infrared and other photos at a rapid clip.

DroneDeploy provides customers with a small device called the CoPilot that connects the drones of their choice to the internet, and makes it possible for the startup’s software to control and stay in communication with these drones.

With DroneDeploy, the AgEagle Rapid can crunch up visual data quickly and give farmers an on-the-spot report about the problem areas where their crops need attention, said AgEagle founder Bret Chilcott. It also eliminates the need for a farmer to carry cables and radio equipment out to a field if they want to monitor their crops with UAVs, he said.

In the past, farmers had to wait 15 days for a satellite to pass over and send down images, or if they were using UAVs equipped with cameras, they’d have to fly them over a field, grab a “card” out of the drone’s camera, then upload images. Then they’d spend hours crunching these into mosaics, analyzing them manually to find problem areas before they could go back out to “ground truth it” and apply a solution, Mr. Chilcott said.

Now farmers can stay out in the field and see problem areas marked on a map on an iPad, for example, then walk or drive over to figure out if the area needs a new application of insecticides or fertilizer.

Such rapid analysis can mean the difference between dead or robust crops, and it saves farmers the expense of spraying or irrigating too broadly, Mr. Chilcott said.

SoftTech VC Founder and Managing Partner Jeff Clavier said his firm backed DroneDeploy because it is “building software infrastructure” within a nascent industry that needs it badly.

His fund has considered investing in both drone makers and service providers that promised to “deliver beer by drone or something cute,” but ultimately he believes that the DroneDeploy’s systems will scale with the industry.

He believes that will happen no matter which drone makers dominate, and no matter what the Federal Aviation Administration ultimately decides about how private-sector drones can be used in the U.S.

DroneDeploy plans to use its funding to make its existing technology known to new customers, while developing applications that can help first responders and firefighters, and media and entertainment companies also start using UAVs in their daily operations.

The company hopes to raise Series A funding in the next year. DroneDeploy is already revenue-generating.

Co-founded by Mr. Winn, Nick Pilkington and Jonathan Millin, DroneDeploy graduated from the AngelPad accelerator in May 2013. The program is best known for having launched startups like Mopub, acquired by Twitter Inc. in 2013 for an estimated $350 million.