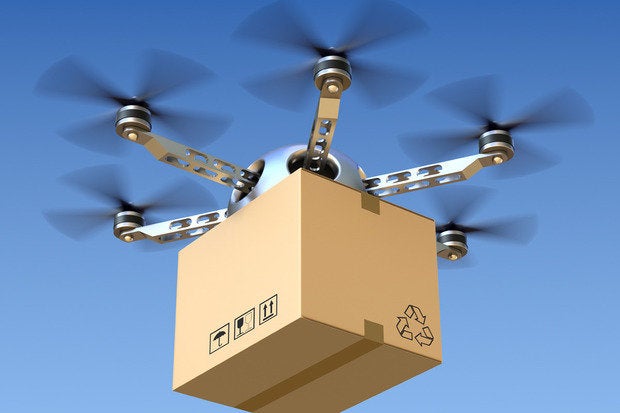 The Association for Unmanned Vehicle Systems International (AUVSI), which represents the nascent commercial drone industry in the U.S., has thrown its considerable weight behind a bid by Amazon to test drones for use in the online retailer’s proposed Prime Air package delivery service.

The Federal Aviation Administration Modernization and Reform Act of 2012 permits private drone use, but commercial entities like Amazon are barred from using or testing them outdoors until the agency develops safety rules.

In a letter Tuesday (download PDF), AUVSI president and CEO Michael Toscano urged the U.S. Department of Transportation to grant Amazon an exemption that would allow the online giant to conduct immediate outdoor tests of its commercial drones.

FAA regulations for drone use are still at least 16 months away, and expecting companies to wait that long is unacceptable given the significant business benefits drones allow, Tosacano said in his letter.

Amazon asked the FAA in July that it be permitted to conduct outdoor tests in the U.S. and urged the agency to use the Modernization Act to grant an “expedited operational authorization” for the effort. Amazon is among a handful of companies that have made the request.

Accelerating the use of commercial unmanned aerial vehicles would help businesses like Amazon while also unlocking the potential for significant job growth in the drone sector, Toscano noted in his letter.

“In a report issued last year, AUVSI found that the [drone] industry is poised to create over 100,000 new jobs and more than $80 billion in economic impact within the first 10 years” of commercial use, he said.

AUVSI claims about 7,500 members worldwide, including government organizations and several companies in the aerospace industry, including Lockheed Martin, Northrup Grumman, Raytheon, BAE Systems and others.

Amazon wants to use thousands of small, unmanned aerial systems to expedite package delivery to customers. Under its Prime Air initiative, the company has been developing and experimenting with unmanned systems capable of carrying small payloads over relatively short distances.

According to Amazon, it is currently testing a range of capabilities including agility, flight duration and sense-and-avoid sensors on its eighth and ninth-generation aerial vehicles. All of the tests are being carried out in indoor facilities or at overseas locations and involve battery-driven, rotor-powered, unmanned aerial vehicles weighing less than 55 pounds.

The company hopes to soon have unmanned systems capable of traveling over 50 miles an hour with 5-pound payloads. Such payloads represent over 86% of products sold on Amazon, according to the company.

“We believe customers will love it, and we are committed to making Prime Air available to customers worldwide as soon as we are permitted to do so,” Amazon’s vice president of research and development Paul Misener noted in the July letter to the FAA.

Amazon’s exemption request and AUVSI’s support for it comes amid swirling concerns over privacy and security impacts of commercial drone use. In the next few years, the FAA is expected to license the use of tens of thousands of commercial drones for varied applications like crop monitoring, real estate sales, land use management, news reporting and search-and-rescue missions.