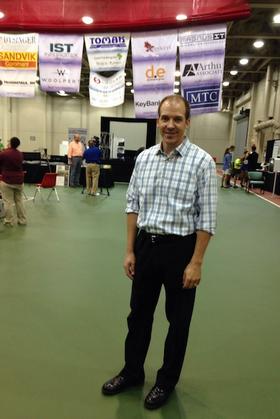 Ohio has named a new point man to oversee the state’s drone efforts.

Ryan Smith has been named director of Unmanned Aerial Systems operations for the state of Ohio. Smith will be heading up statewide efforts for drone development. Smith retired from the Air Force after 23 years and later went on to work for Boeing, where he was an engineering test pilot.

Now, his role will be to oversee both the Ohio/Indiana UAS Center and Test Complex, as well as larger statewide efforts to commercialize unmanned systems and attract businesses and investment in the emerging industry. Trade group Association for Unmanned Vehicle Systems International estimates the industry could balloon to $82 billion within 10 years of UAS being allowed into national airspace.

UAS use is currently tightly controlled by the Federal Aviation Administration, but state efforts to promote UAS have been aimed at bringing new jobs and investment over the long term as new uses are refined for the emerging technology.