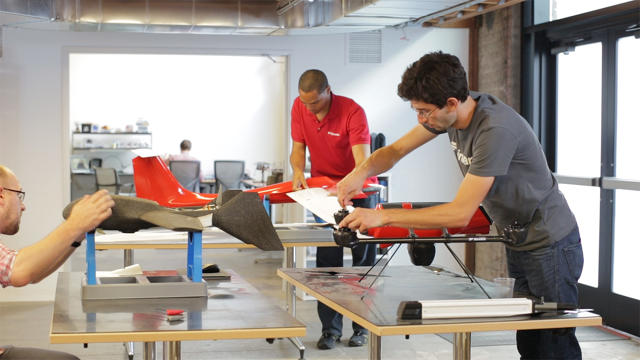 On Tuesday, a small Bulgaria-based drone startup called Flyver released an early version of its new framework for drone developers. The company wants to drive a surge of third-party applications made for consumers seeking innovative ways to do practical things with drones. Think Realtors, security firms, sports leagues, and any other business where a bird’s-eye view could be helpful. By the middle of next year, Flyver cofounder Anton Gavrailov is hoping to have a version ready for consumers.

But will consumers be ready for them? The mainstreaming of commercial and casual drone use can seem very far away, particularly after recent reports that the FAA plans to impose strict regulations on drone use. Yet teams like Flyver—and its larger competitor Airware—press on, confident in their vision of standardizing the quirky low-level software most drones currently use.

“Drones are going to begin to be used on the outskirts of people’s lives, in areas that aren’t populated, and move inward, toward areas that are more populated,” says Jonathan Downey, Airware’s founder and CEO. (You can already see that trend playing out in the barely populated deserts of Nevada.) Airware is focused primarily on commercial drones: the kinds that already monitor infrastructure or crops, deliver mail, or assist search-and-rescue missions.

The smaller consumer drones that Flyver focuses on have already started to enter our daily lives (often with hilariously incompetent results—use with caution!) The company’s mission is to mainstream them. How about purchasing an app for your drone that can walk your dog along a pre-selected route when you are just too busy to do it? Or one that can clean your windows?

In order to empower developers, Flyver is integrating smartphones into unmanned aerial vehicles. It’s a practical way to address the high barrier to entry that would-be drone programmers face: Most drones use obscure computer chips and software packages produced by different manufacturers. Programs written for one drone model often don’t work on others—and coding the chips usually requires extensive programming knowledge and at least some understanding of aeronautical engineering