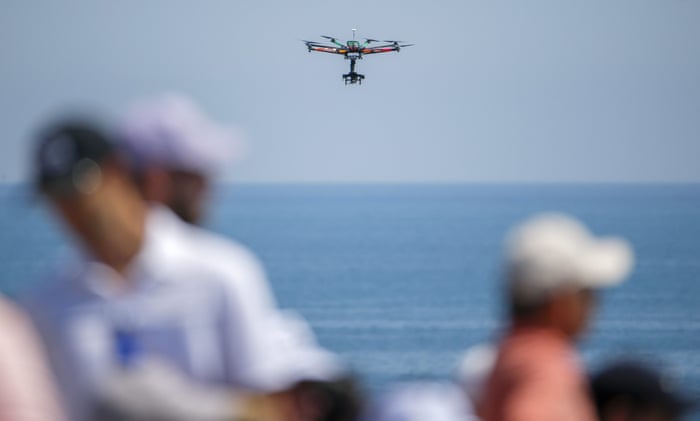 California lawmakers have sided with privacy advocates to pass a bill that bans drones from flying lower than 350ft (106m) over private property.

If the bill is signed by Governor Jerry Brown it will create a no-fly zone and make it a trespass violation for someone to fly an unmanned aircraft or drone over private property below 350ft without the consent of the owner or tenant.

SB 142 passed a third reading on Monday in the California State Assembly despite pressure from drone users and manufactures who say the new law will stifle innovation in the growing industry.

“People should be able to sit in their backyards and be in their homes without worrying about drones flying right above them or peering in their windows,” said state senator Hannah-Beth Jackson, who authored the bill. “We need to balance innovation with personal and societal expectations.”

According to the National Conference on State Legislatures (NCSL), in 2015, 45 states considered 156 bills related to drones, and 18 states have passed legislation.

In May, Florida passed SB 766, prohibiting a person, state agency or political subdivision from using a drone to photograph people on their private property without their consent.

Jackson was inspired to propose the bill when she was vacationing in Hawaii in December and sitting on a friend’s private balcony.

“A neighbor’s drone flew right onto the balcony and was recording our conversation. It was very unsettling and so I started researching this issue,” said Jackson, a former prosecutor and the chair of the Senate Judiciary Committee.

The bill doesn’t affect the “lawful activities of law enforcement personnel, employees of governmental agencies, or other public or private entities that may have the right to enter land by operating” a drone within someone’s private property.