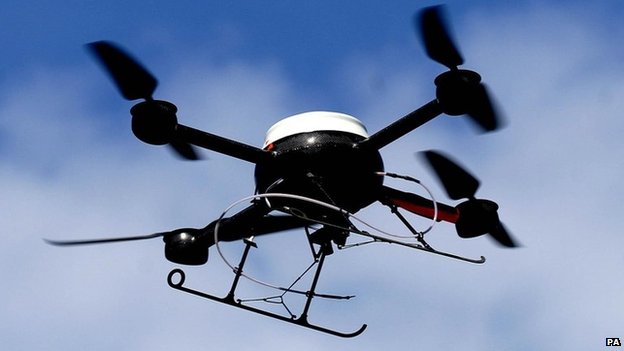 Hobbyists are concerned new US Federal Aviation Administration guidance classifying first-person-view model aircraft as drones will ground toy planes unless they have a permit.

The FAA hopes its list of “dos and don’ts” will make model aircraft safer.

But David Schneider, of the IEEE Spectrum, said a child’s toy such as the Hubsan FPV X4 Mini RTF Quadcopter would now require a permit to fly.

Models must be visible at all times, without vision-enhancing devices.

binoculars
night-vision goggles
powered vision-magnifying devices
goggles that give a “first-person view” from the model
“Such devices would limit the operator’s field of view thereby reducing his or her ability to see and avoid other aircraft in the area,” the guidance says.

“Additionally, some of these devices could dramatically increase the distance at which an operator could see the aircraft, rendering the statutory visual-line-of-sight requirements meaningless.”

The guidance also states model aircraft can be flown only for recreational – not commercial – purposes. Operators can take pictures of their house, for example, but cannot use them to advertise the house for sale

Model aircraft must also weigh 55lb or less. And when flying within five miles of an airport, the operator must warn the air traffic control tower.

British Model Flying Association development officer Manny Williamson told the BBC: “The BMFA is monitoring the developing situation in the United States regarding the FAA’s stance on the operation of first-person-view model aircraft with considerable interest.

“First-person-view flight is permitted in the UK under the terms of an exemption from certain provisions of the Air Navigation Order issued annually by the CAA [Civil Aviation Authority].

“The current exemption was issued in May 2014, and there are no indications that the current permissions will be revoked or altered in any way.

“In the UK, first-person-view flight is a recognised and valid aspect of recreational model flying and the BMFA is keen to maintain and support this position for the benefit of all UK model flyers.”